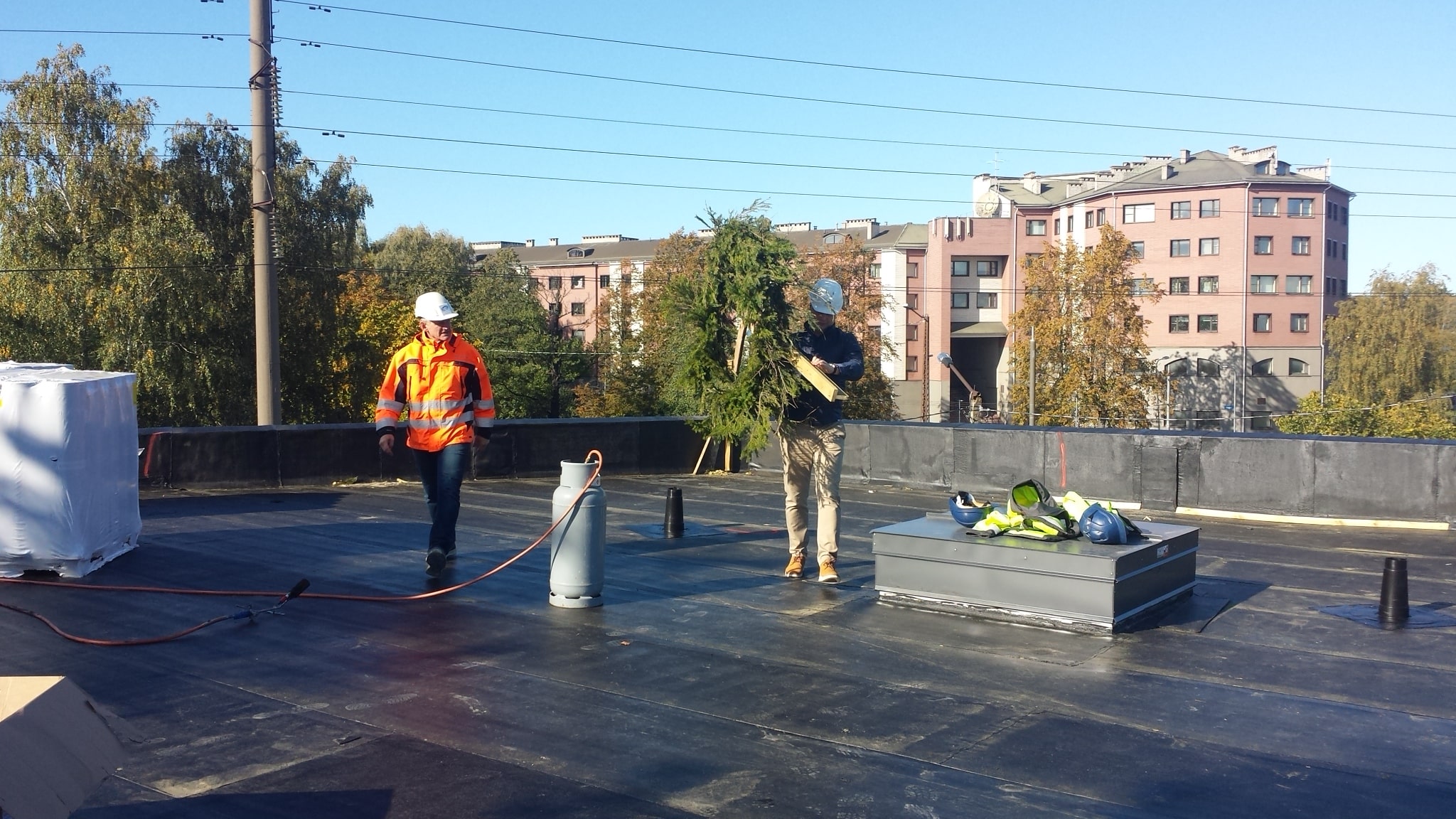 On the last days of September, a traditional celebration of completing the roof truss was held to mark an important stage in the construction of a shopping centre to be erected at 69B Kopli Street, in Põhja-Tallinn district of the capital. The owner and developer of the building is Colonna, and the general contractor is Eston Ehitus AS.

The shopping centre being constructed at 69B Kopli Street has two floors, and the building with the T-shaped layout will provide 1,400 square metres of rentable space. By now, a rental contract with the anchor tenant, which is the Maxima store, has been signed. The “neighbourhood shop” to be opened will cover an area of 700 square metres and create up to 25 jobs. Rental contracts for retail spaces on the first floor have also been concluded with a Benu Apteek pharmacy and Olympic Casino. There are still commercial spaces available on the second floor.

A part of the traditional celebration is taking down the wreath hung on the roof truss by the builders, which was done by Villu Kersna, the construction manager at Colonna, on behalf of the building owner. Representatives of Colonna, Eston Ehitus and Olympic Casino were also present on the site to mark the occasion.

Villu Kersna says that the construction of the shopping centre is progressing as planned, and the building is to be completed by the end of this year.

Completion of a major construction stage of a future shopping centre 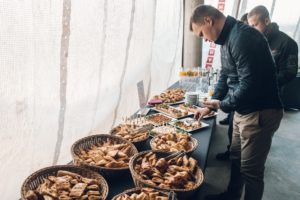 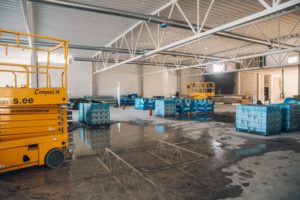 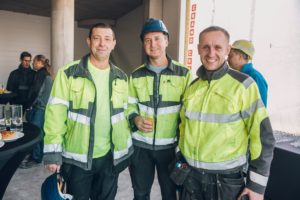 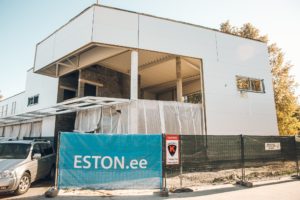 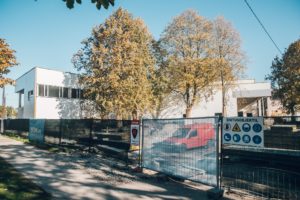 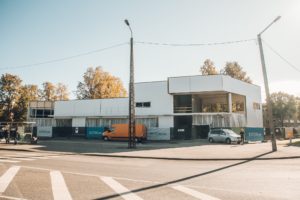